Just a quick post to show some fun closeup/macro photos I took last weekend.Â  Taken with a Canon 30D, 100-300mm lens with macro attachment.Â  Some adjustments in Photoshop. 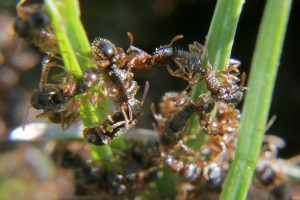 Ants in the Grass 1

Ants in the Grass 2 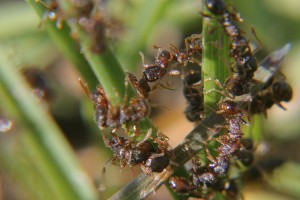 Ants in the Grass 3 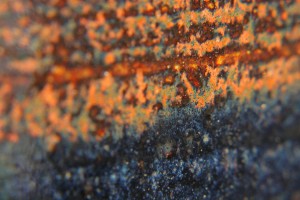 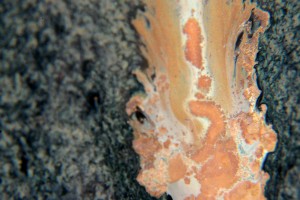 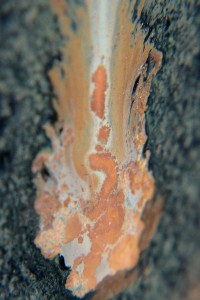 About a week ago I mixed up some glaze from a pre-mixed powder.Â  The powder was Pam’s Blue by Coyote and it was my first attempt at mixing any kind of glaze outside of the Huntington Clay House.Â  I got to purchase some new tools and I did some research and even talked to a few people on Clayart.Â  In the end it wasn’t too hard.

I talked my wife into helping and she had a lot of fun….Â  She took a couple pictures so I could share my experience.Â  The first thing you want to remember is: Safety First!Â  I got to wear a new respirator so I didn’t breathe too much of the dust when I was dumping the powder into the water. It’s a good look!

My wife mixed the water while I slowly dumped the powder .Â  It got pretty thick, even when I used all the water that the directions called for.Â  I was supposed to use 1 gallon and 1 pint but added a lot more by the end of the process.Â  I used my cordless drill and a 1 gallon paint mixer to mix the powder into the water. Even after mixing it with the drill mixer for a while it was still pretty lumpy.

I put it through an 80 mesh sieve three times.Â  After letting it sit overnight I mixed it up again with the drill mixer and it was ready to be applied to some bisque ware. I even checked the specific gravity or “density” with a hydrometer.

I’ll haveÂ  a full post on the items that I pulled out of the kiln.Â  The Pam’s Blue that I mixed from powder actually looks different than the pre-mixed pints I’ve used.Â  Check later to see how!